To understand contemporary Argentine cinema, it is necessary to start by talking about the 1960s, when filmmakers such as Leopoldo Torre Nilsson, David Kohon, Manuel Antín, Rodolfo Kuhn and Hugo Santiago, among others, with their modern and intellectual films, influenced by the new currents of European cinema, appeared as a response and reaction to the industrial cinema that had so far prevailed in Argentina. These authors were joined in the renewal of language and subject matter, and also generated new forms of production and distribution: Fernando Solanas, Octavio Gettino, Jorge Cedrón, Raymundo Gleyzer and other exponents of the political cinema of the early 1970s. Founders and members of groups such as “Cine de la Base” and “Grupo Cine Liberación” were part of a broader Latin American movement, known as “Tercer Cine”, which sought to separate itself not only from the model of industrial cinema, but also from auteur cinema, which they saw as an independent bourgeois model.

With the advent of the military dictatorship in the mid-1970s, the searches, dialogues and conflicts between the various trends of renewal were suddenly and violently interrupted. The possibility of making any cinema outside the cultural industry of the dictatorship was simply closed.

If the history of a community is usually a written story by which it won the battle, this is especially evident in this case, since literally an entire generation of filmmakers disappeared in Argentina. Thus the aesthetic change in Argentine cinema had to wait until the mid-1990s, when a new generation of young filmmakers made their entrance onto the scene to be grouped under the label of “New Argentine Cinema”. It was not a programmatic movement, nor a wave that shared a certain way of making films; these filmmakers, most of whom had been trained in recently founded film schools in Buenos Aires, valued above all their own invention and observation of their immediate surroundings. As in the generation of the 1960s, there was a restlessness and willingness to take risks, as well as a freshness, in contrast to the solemnity of previous cinema. It was at this time of transition in Argentine cinema that Lucrecia Martel from Salta filmed La Ciénaga.

The Swamp appears like thunder that wakes up the south after many years of political emptying. The first sequence of La Ciénaga demolishes the tradition of costumbrismo (local customs) in Argentine cinema, allowing it to settle down and establish the existence of another place, a new and different space. Its political approach has more to do with enabling the emergence of another language, of other languages, of other ways of saying what is cinematic. It is the swampy territory that allows the use of the tools that cinema has, to question the perception of what we call reality (that is why working with sound and its way of betraying the expectations of the image are so important in his filmography). It is then a matter of discrediting the image, in the director’s words, of “making it hesitate”.

We can think that there is a before and after of La Ciénaga for the Latin American film community. But not in a chronological sense, but in a paradigmatic one. It would be false to say that all her colleagues and successors share a universe, a style or a form with her (when they do, those films are sadly lacking), but they can no longer be thought of without the existence of her cinema. Today, Pablo Trapero’s films have very little to do with Lucrecia de Martel’s, but Lucrecia Martel’s cinema is part of Pablo Trapero’s cinema identity. The effects of his films in the Latin American field are not measurable and unclassifiable, but they can be perceived every time a director finds a language of his own that allows him to think about other possible worlds.

In the selection of films by women filmmakers presented by Invasion, there is a desire to represent, that is, the need to think that perhaps things could be or have been in a different way from how one perceives them.

Six debut operas by young Argentine directors, filmed between 2015 and 2017, share characters who find new versions of themselves in the process of becoming, not without surprise, pain, hesitation and turning back. There are the friends of El Futuro que viene, intermingling their desires from first love to first divorce. In La Larga Noche de Francisco Sanctis, the environment does not change throughout the film, but rather the way in which the protagonist sees it and transmits it, in such a way that the terror that gradually overwhelms the closed shots of the film. And the teenager in Temporada de Caza, learning to name what he doesn’t even know is happening to him. In El Futuro Perfecto, a Chinese immigrant who does not speak Spanish learns that the conditional verb also allows her to ask herself questions: what country would you like to live in? would you marry without your parents’ consent? Language is a path to other possible lives. In Farewell Essay, Macarena Albalustri desperately seeks a gesture that will allow her to say goodbye to her mother. She finds more than one: in family videos of other families; in the death of the horse in The Neverending Story; in the rehearsal and failure of the same staging of her documentary. It is the layers of fiction that save her. Something similar occurs in Cetaceans, where the door to the new is found through a spontaneous simulation, a performance “without wanting to”.

And although we cannot say that these films made by women share the same themes, conflicts or characters, or that they necessarily problematise gender issues, they are crossed by a poetic-political desire: that of thinking of the world as if it were a place that could be modified. To the monolithic construction of an unbroken narrative and a unidirectional (causal) logic of the film story, these directors introduce cracks that allow, as if through a crack, to glimpse another deeper and more multi-vocal logic. Other landscapes and new territories then appear. Perhaps it is precisely there, among those layers of representation, gaps and cracks where we can trace the clues to a different logic – and why not, a feminine one. 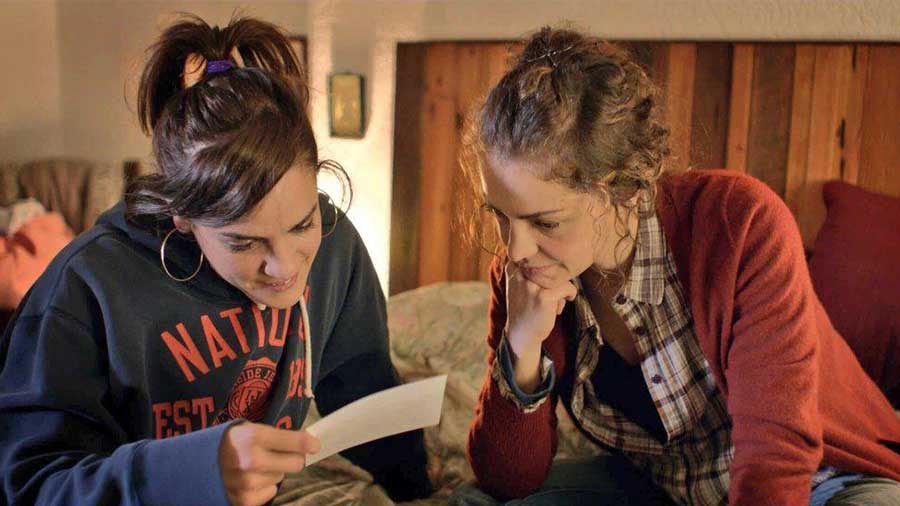 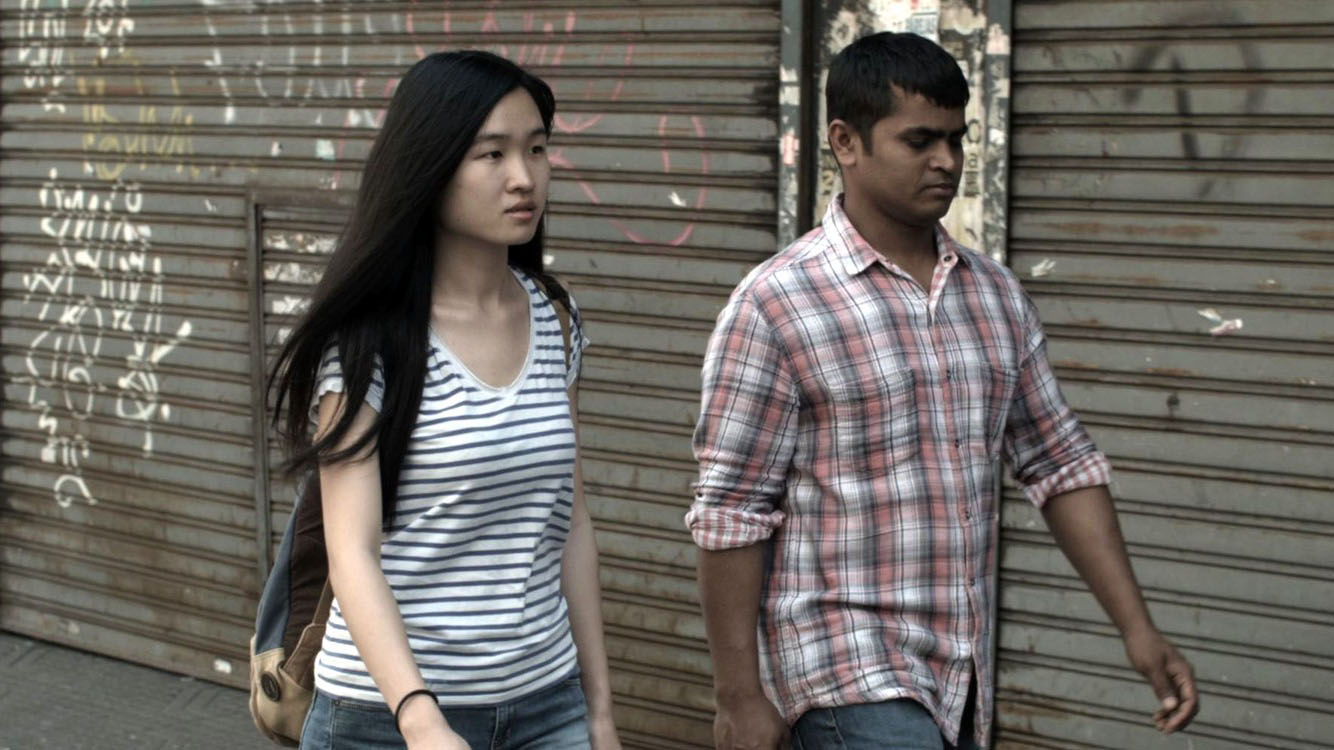 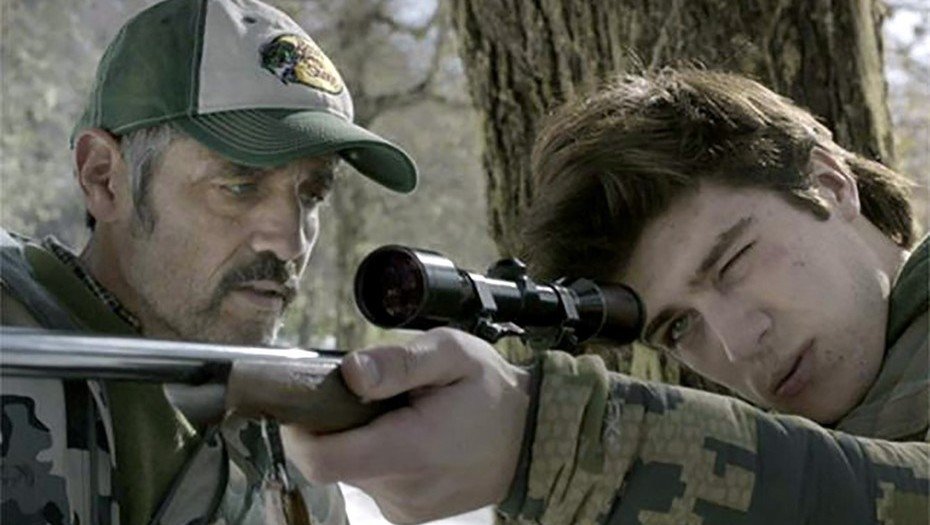 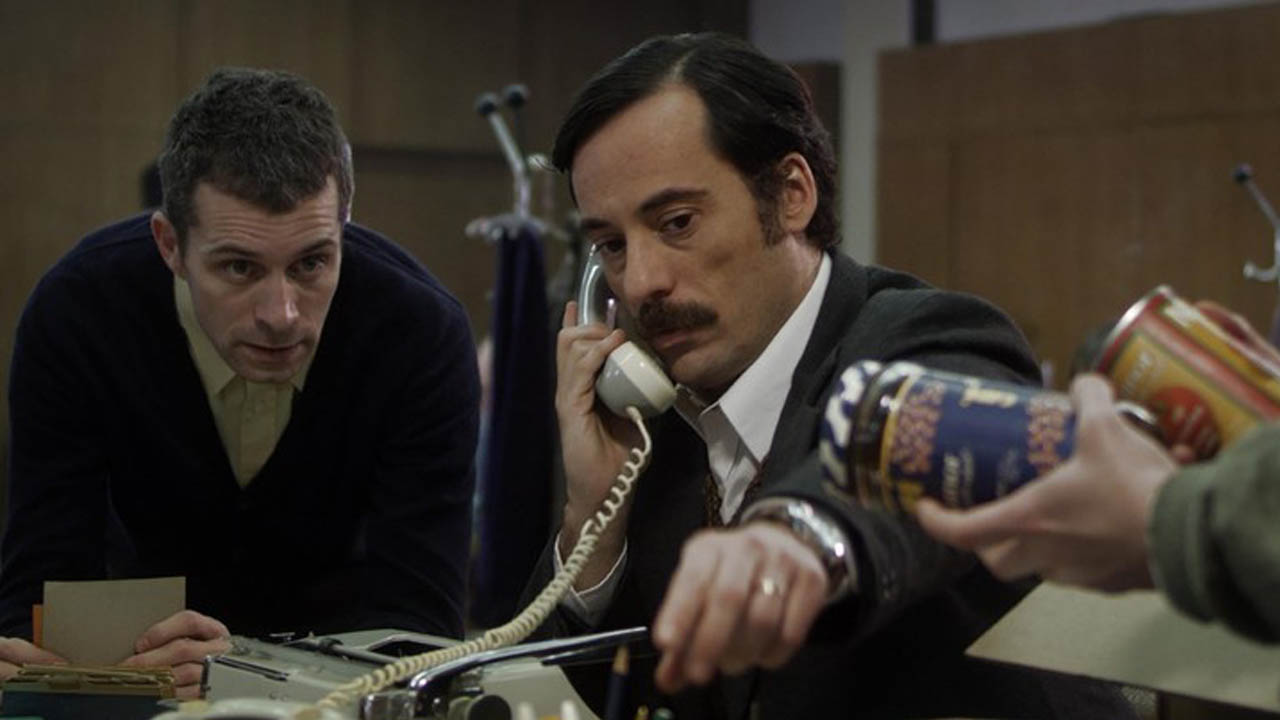 The long night of Francisco Sanctis 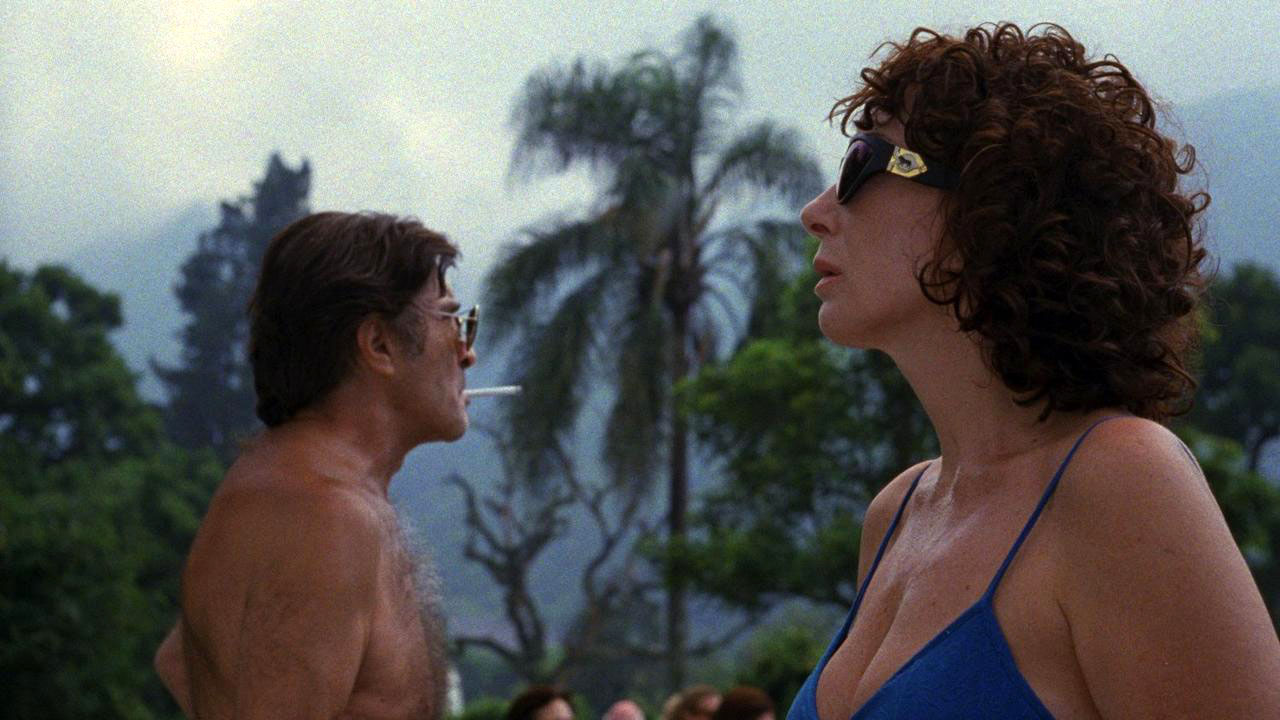 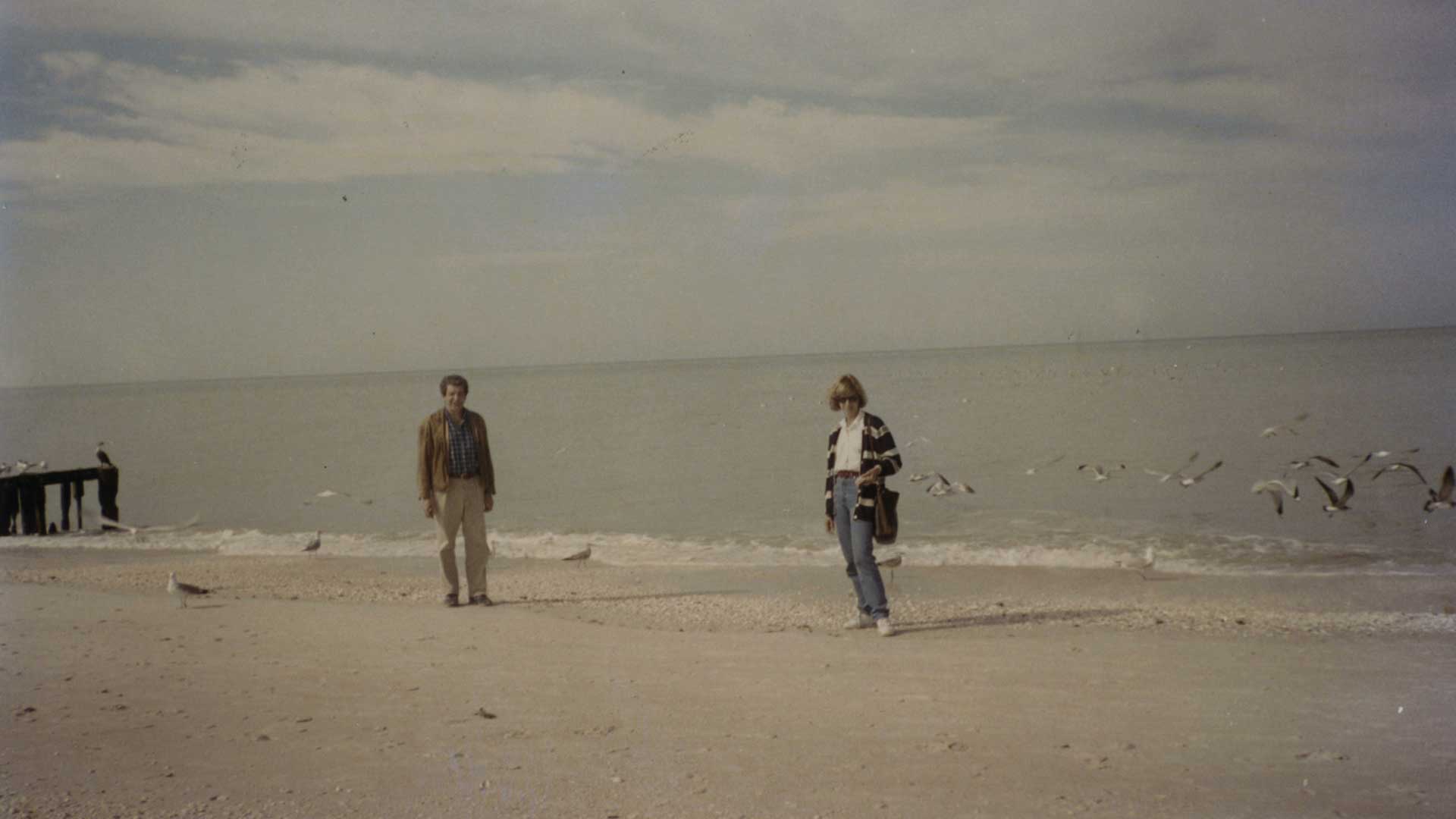 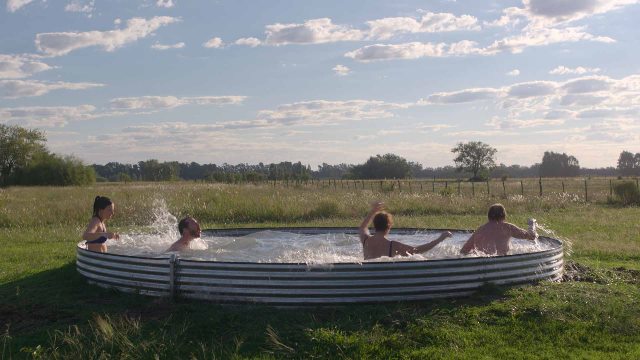 Invasion Berlin is possible thanks to